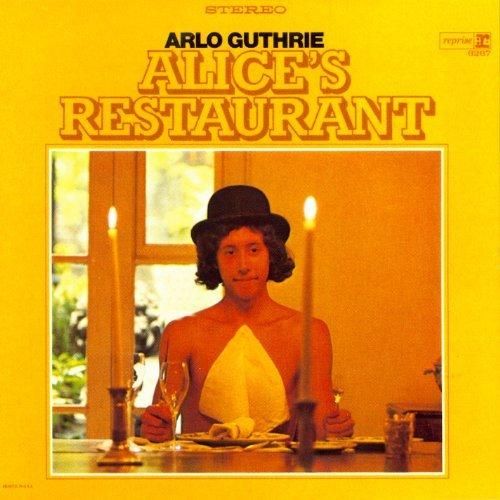 This album by folk singer, Arlo Guthrie was originally recorded in October of 1967 by Warner Brothers and the cover song, Alice’s Restaurant Massacree has been a Thanksgiving classic for more than 50 years. 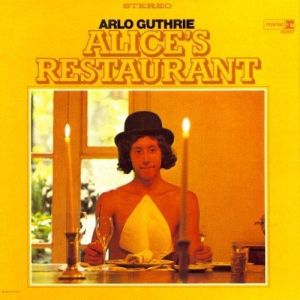 It recounts the true story about a Thanksgiving Day in 1965 when then 18 year old Arlo was visiting his friends in Great Barrington, Massachusetts and how he managed to get himself thrown into jail with a charge of littering.

The song is long at 18:34 minutes. It’s made up of folksy chorus and a long, comical and satirical monologue detailing his experience that fateful Thanksgiving.  The song was also, most definitely, an anti-war protest for the Vietnam war. 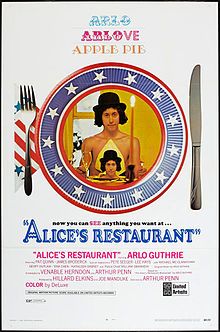 “You can get anything you want at Alice’s Restaurant

You can get anything you want at Alice’s Restuarant

Walk right in its around the back

Just a half a mile from the railroad track

You can get anything you want at Alice’s Restaurant” 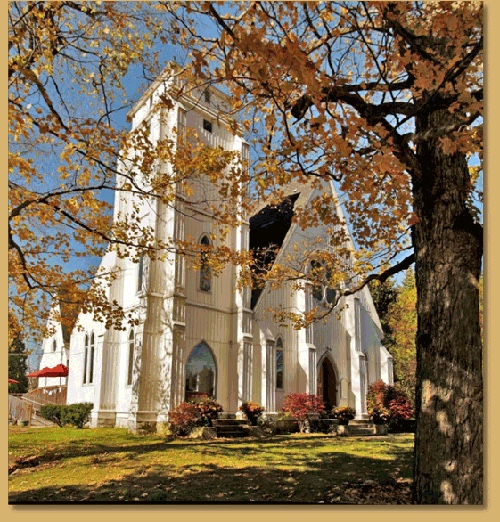 Argo Guthries friends were Alice May Brock and her husband Ray.  They owned and lived in a de-consecrated church, originally known as St James Chapel, which was built in 1829. It was there that all of the trouble started after a great Thanksgiving dinner that was served on the second floor of that old church and not Alice May’s restaurant.

As a favor, and a thank you, to Alice for her hospitality, Arlo and a friend of his decided to pack up all of the garbage from the first floor of the church, load it into his red VW Microbus and bring it all to the town dump on Thanksgiving Day.

Unfortunately, the dump was closed due to the holiday so they decided to take care of it in another way…  in the nearby town of Stockbridge Massachusetts. 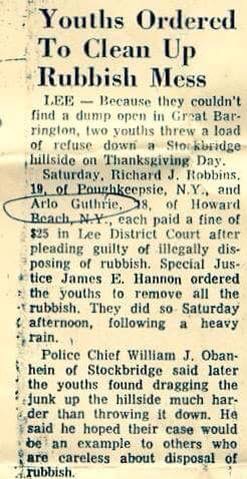 This story was first published in the Berkshire Eagle, November 29, 1965.

The song tells the story of their unfortunate experience when Stockbridge Chief of Police, William Obanhein, aka Officer Obie discovers an envelope with Ray Brock’s name on it.  Evidence of the crime that’s been committed.

The song is very funny and goes on to tell the tale of how this unfortunate event was able to eventually save Arlo from the draft.

He tried all sorts of things to escape the draft, and to his surprise, it was his criminal record of littering that did the trick.

I love to listen to the full Alice’s Restaurant Massacree around Thanksgiving.  It has become a tradition. My dad used to play his guitar for us kids when we were little guys and we would all sit around and sing the chorus with him.  It always makes me smile!

Maybe you should give it a listen too.  I am thinking that it will make you smile too…

Link to watch on YouTube for the original Alice’s Restaurant ~

Since that time, Arlo Guthrie has purchased the aforementioned St James Chapel and it now serves as the Guthrie Center and home of the Guthrie Foundation, a folk music venue and museum.  Every year the church holds a “Thanksgiving dinner that can’t be beat” for the community.  They also hold a “Garbage Trail Walk” every year to raise money for Huntington’s disease.

The center highlights the many talented Guthrie’s including Arlo’s dad, Woody Guthrie and his three daughters. It is become a highly sought after concert venue for folk artists and musicians from around the world.

They also offer monthly Sunday services open to the community at the Guthrie Center.  The first Sunday of each month at 11am Reverend Joni Carron holds an interfaith service where folks BYOG (Bring Your Own God).

One God – Many Forms

One River – Many Streams

One People – Many Faces

One Mother – Many Children

For more about Arlo Guthrie go to http://www.guthriecenter.org.

Thank you for visiting EmptyNestingIt.com!