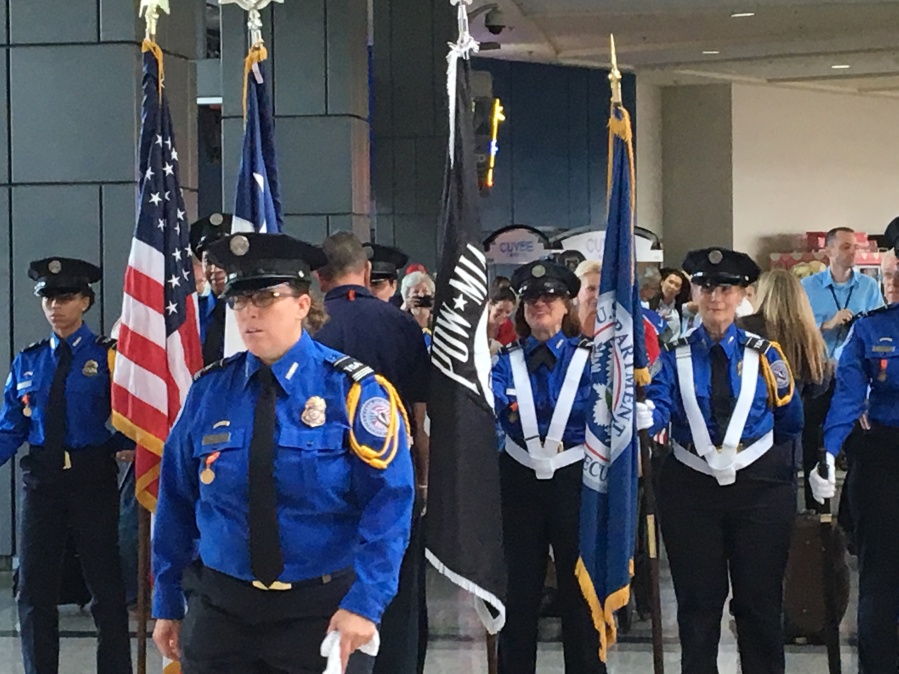 Thank a Veteran for their service! I was honored to be present for the departure of these lovely lady veterans from Austin Bergstrom Airport last year.  They were attending Honor Flight Austin ~ All-Woman Flight #38.  I just happened to be there for a flight and was delighted to witness this grand procession. 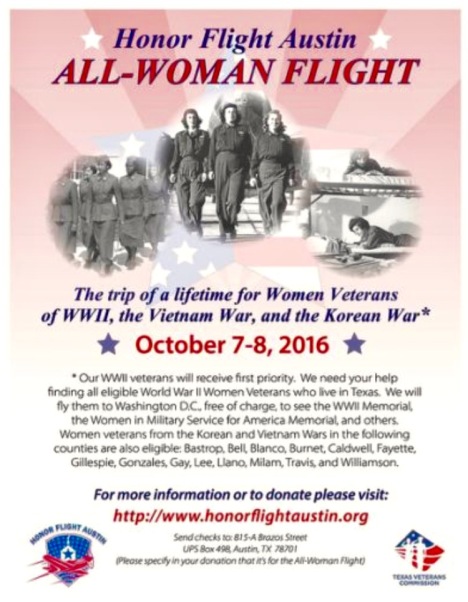 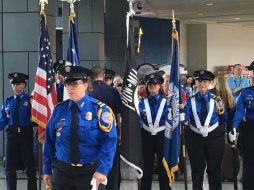 They were led in by the Austin Police Department Bagpipes & Drum Corps for a proper celebration and send off. Everyone present lined the halls and cheered as the bagpipes announced these sweet gals. 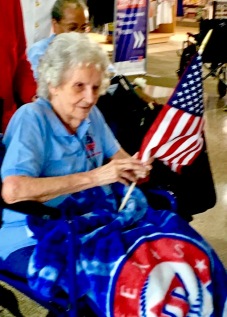 I said hello and thank you to this beautiful veteran.  She was a World War II nurse.  These ladies were from World War II, Korea and Vietnam. Everyone was so excited and so proud. I was proud for them too.

The Honor Flight Austin does a wonderful job. It is a 501(c)(3) nonprofit and part of the national Honor Flight organization.

This program was conceived and started by Retired Air Force Captain and private pilot, Earl Morse, who wanted to find a way to give WWII veterans an opportunity to visit the newly completed and dedicated World War II Memorial in Washington, D.C. before that was no longer an option.

Their first tour occurred in May of 2005 with six small planes carrying 12 very excited and emotional WWII veterans out of Springfield, Ohio.  Since that time, the Honor Flight Network has grown and expanded to over 127 chapters and hubs in 41 states.

Their stated mission is to  “Transport America’s veterans to Washington D.C. to visit those memorials dedicated to honor their service and sacrifices.”

And, their goal is to help give every veteran the opportunity to do this by plane or bus before it is to late…

This World War II Memorial represents 400,000 souls killed and the 16 million who served this nation during the second world war.

These are some of our lady veterans from the past.  They were very brave and stood alongside their fellow soldiers in defense of our great country and for all Americans. 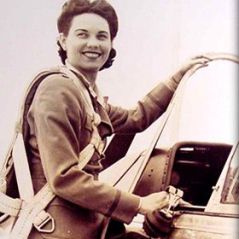 Women played a bigger role in WWII than ever before.  There were a group of 102 female civilian woman pilots who became WASPs – Women Airforce Service Pilots who flew military aircraft under the supervision of the US Army Air Forces.  There were also flight nurses and nurses on the ground who saved so many lives.

These are M.A.S.H. or Mobile Army Surgical Hospital nurses from the Korean War era. Of course, women had an ever expanding variety of roles that they now served in the different military arms.  These ladies however were in close to combat areas and served under very dangerous conditions.

In 1948 the Women’s Armed Services Integration Act was enacted. It allowed women to serve as permanent, regular members of most areas of the armed services. Prior to this only nurses could serve and even then only in times of war.

This beautiful young lady was Emma Didlake.  In 1943, at the age of 38, this African American woman and mother of 5 enlisted in the WAAC or Women’s Army Auxiliary Corps.  She told the San Antonio Express News that she “wanted to do different things”.  In 1963 she marched alongside Rev. Martin Luther King, Jr. She was quite a trailblazer indeed.

And, at the age of 111 years young on July 17, 2015 she was a recipient of an Honor Flight with the Talons Out Honor Flight division of Michigan. As you can see, she had a very special visit to the oval office with President Obama.  She died August 16, 2015 about one month later.

When asked about the secret to her longevity she replied lots of fruits, vegetables and golden raisins soaked in vodka. She was quite a lady! 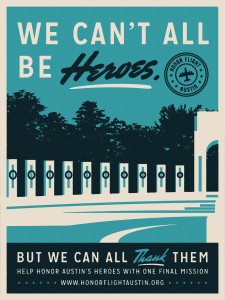 Please be sure to thank a Veteran for their service!

If you want more information about these fabulous Honor Flights or would like to support them in their mission please visit these sites.